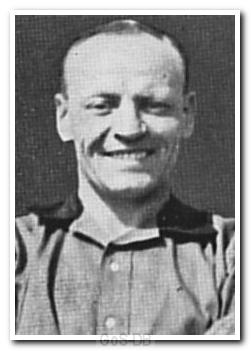 Carless was one of 27 in the guest category. Born in Cadoxton, a suburb of Barry, in Glamorgan, the inside-forward started his career as a youth with Wolverhampton Wanderers in 1931 but failed to make the grade. Leaving Molineux he returned home to play locally with Barry Town before he was given a second chance by Cardiff City in 1932. However, he made only two appearances despite being on the books at the Ninian Park club for several years. Records show him also with Altrincham Town before returning home for a second spell with Barry Town. Arriving at Home Park in 1946, he played 15 times as a guest in the Football League South and then signed up to make four Football League appearances the following season when the traditional league programme resumed.

One of the reasons for Carless's relatively limited League exposure was that he was a multi-talented sportsman; primarily a wicket-keeper, he was also a right-handed batsman who bowled off breaks. He was captain of Cardiff Cricket Club during his time at Ninian Park and made his first-class debut for Glamorgan in 1934 against Middlesex, playing his second match shortly after against Surrey. During the War he played in fund-raising matches for Glamorgan as well as appearing for the county's 2nd XI in Minor Counties matches. Incredibly, when first-class cricket resumed after the cessation of hostilities, he played one further game for Glamorgan  his third and final, some twelve years after his debut  following an injury crisis for the county prior to a match against Essex. In his three appearances he scored 35 runs, top-scoring with 25.

In 1947, shortly after the last of his footballing appearances for Argyle, he was offered the role of groundsman at Home Park, which he duly accepted. This enabled him to continue his cricketing career, playing in the Minor Counties League for Devon between 1947 and 1949. Having already played four Minor Counties games for Glamorgan, he added a further seven appearances with Devon to his tally  his last game coming, ironically, against a Glamorgan 2nd XI. 'Ernie' as he was known by all that knew him, died at the age of 75 in 1987 back in Barry, where his name lives on in memorial gates outside Barry Athletic Cricket Club.

Greens on Screen is run as a service to fellow supporters, in all good faith, without commercial or private gain.  I have no wish to abuse copyright regulations and apologise unreservedly if this occurs. If you own any of the material used on this site, and object to its inclusion, please get in touch using the 'Contact Us' button at the top of each page. Search facility powered by JRank Search Engine. Hover facility courtesy of Milonic. UK time at page load: 17 May 2022, 18:20.