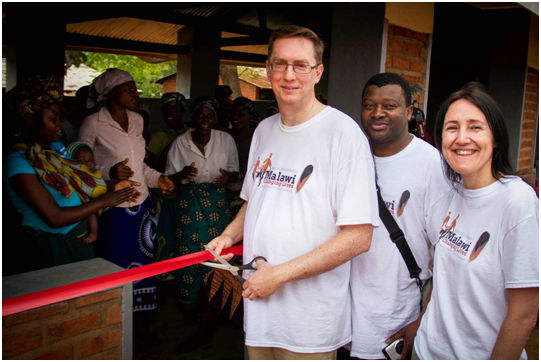 An unusual page for Greens on Screen, thank goodness, but Steve was a close friend of the family and we want to pay tribute to him.

On 17th December 2015 the Green Army lost another member when Steve Horton's two-year battle with leukaemia ended. He was just 49.

Steve was a local lad who lived in the north of Plymouth for the first 18 years of his life and was a pupil at Devonport High School for Boys. He first pushed his way through the Home Park turnstiles in 1974 and there followed the inevitable highs and lows of supporting Argyle: from those early years watching Mariner and Rafferty; the 1-6 thrashing of Arsenal at Highbury that resulted in a lost contact lens whilst celebrating Darren Rowbotham's goal; the 1984 FA Cup run and of course the 1996 play-off final that signalled the start of our unbeaten record at Wembley. Pilgrim Pete even made a guest appearance at his wedding reception. Steve's treatment limited his ability to travel to watch games over the last two years but he always managed to follow the club he loved through radio, internet and friends.

Like many Greens, Steve's work took him to the South East. He lived his life modestly, and strongly believed that you should always give back more than you take in life. It is testament to that modesty that only since his passing has the extent to which he "gave back" been learnt by family and friends. With the support of his employer, Steve has helped raise over £1million for Help for Heroes through the Eggs for Soldiers brand, whilst further from home Steve started the Noble Foods partnership with the One Foundation and Fishermans Rest in Malawi. Through his hard work and determination, enough money has been raised to build two complete primary schools in rural and deprived areas of Malawi, allowing children who didn't have access to primary schooling to be able to learn. The work he's done has also enabled 1700 children to be fed a nutritious meal every single day, which for some of those children has quite literally been a life saver.

Now you probably didn't know Steve. He was just another face in the crowd, though we should be proud to call him one of our own. If you feel able to support the legacy of this true Green by donating to one of the charities he did so much for, you can find them here:

Fisherman's Rest Community Projects in Malawi: www.fishermansrest.net and www.facebook.com/Fishermansrestmalawi, to whom you can donate here: www.mydonate.bt.com/charities/fromwales.

Steve is survived by his wife of 19 years and two teenage daughters.